​The section between Dublin City and Maynooth consists of a series of smaller projects which are currently at various stages of development under the general aegis of the NTA (National Transport Agency) and will also provide a commuter element as well as being enjoyed by other cyclists, tourists and walkers from the local communities.

The length of the route is approximately 26km. A 2km section between Ashtown and Castleknock (see photos below) and a 0.3km section on Sheriff Street opened to the public in 2014. 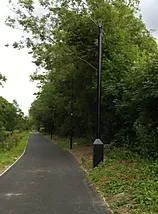 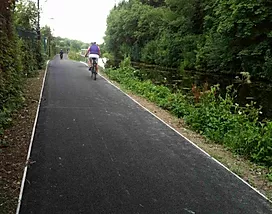